As to the matter of Jimmy Moore ... 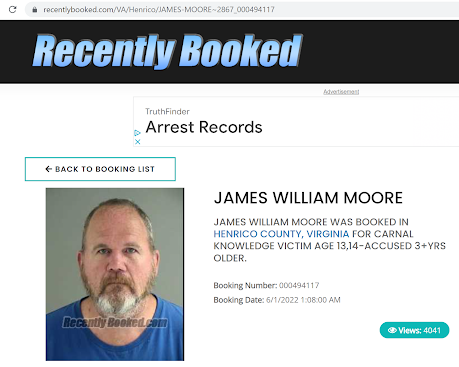 SuperStar(ch) -- Or does something stink here?

image link UPDATE 8//23/2021 The company class action law suit regarding scientific claims made about this product. UCAN Class Action Suit I wonder if Peter Attia will get any payout?  LOL ORIGINAL CONTENT published 11/19/2012    How on earth did SuperStarch fly under my radar?   Thanks to Lerner, I was made aware of the connection between Jeff Volek -- of nutty ketosis and Atkins Nutritionals fame -- and the UCAN Company marketing a new type of sports drink containing SuperStarch (TM and all that near as I can tell, though the term is not unique to the company).    When I think of SuperStarch, the image of Molly Shannon's Mary Katherine Gallagher character from SNL just popped into my mind complete with her "superstar" exclamation.  Suparstarch(aching?)  Methinks so! The bottom line of what I'll abbreviate as SS, is that it is supposedly better for performance -- presumably specifically in endurance activities -- because it effectively provides a slow relea
56 comments
Read more 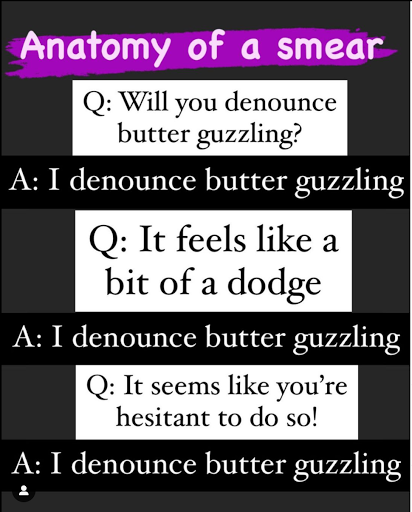 Hey all!  Long (LONG) time no blog.      This is mostly an update, because the King Kahuna of Keto is still sort of kicking around out there.    Jimmy Moore can't help himself!! Nah ... not one iota of evidence!  LOLOL On the gossip front, it appears the split with his wife is imminent and he lost the Low Carb Cruise and most of the friends in the split.  Christine has lost 400 lbs in the past year -- well, 50 of her own since no longer eating like Jimmy ... and Jimmy.   After taking six or four months off, King Krankypants of Ketonia tried to rebrand as "The Man of Real" discussing his childhood.   That went over like a lead balloon and apparently what remaining sponsors he had went the way of handshakes and hugs in 2020.   This has left Jimmy in three-to-four tee shirts, surviving on eggs from his chickens (and the occasional ribeye from a friend), ranting away on IG and solidifying his place in nutritional history proving that it is indeed cortisol and not calories or
Post a Comment
Read more

What's the Problem with Nutrition Research? Is it True Health Iniative or NutriRECS? 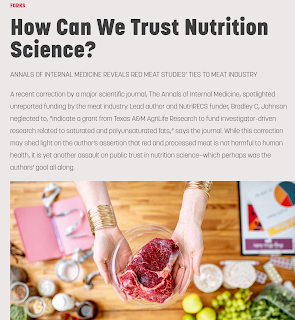 Hello World .. and anyone still reading this blog!! Yes, it's been forever.  I've been generally pretty well.  Knocking about on social media (Facebook and some Twitter) ... occasionally getting the urge to blog, write something, get to 80% then lose the mojo.   What has turned into a long hiatus wasn't planned, but it happened due to running out of steam and still seeing the same old, same old.  I may or may not discuss more at some point, but if I don't just jump back in and blog, I probably never will again! And so, with that said ... 𐩘𐩘𐩘𐩘𐩘𐩘𐩘𐩘𐩘𐩘𐩘 The following editorial in JAMA has been making the rounds on my Facebook feed, and I have a bit of a different take and reaction to it ... one that comes from roughly a decade now of delving into dietary recommendations wars from where I "stand". The Editorial:   Backlash Over Meat Dietary Recommendations Raises Questions About Corporate Ties to Nutrition Scientists
1 comment
Read more

Why We Get Fat ... Lessons from a Cafeteria Rat

BUMP! In addition to blogging on several topics raised during Stephan Guyenet and Gary Taubes recent appearance on the Joe Rogan Experience podcast , I've decided to bump some of the past content on this blog relevant to some topics discussed and/or research studies mentioned.  I'll include a little commentary with each. At around the 12 minute mark, Stephan makes a great opening play, and then gets distracted or flustered into fumbling the football.  Stephan asks what it is about the food environment, etc. that causes obesity, and distills it down to the simplest of questions (paraphrase): Q:  What is the most fattening diet on the planet? A:  Human junk food. Nail.  Head.  Boom.  He then calls out some numbers from the research summary he posted on his blog in advance of the podcast .   The study I discuss in this blog post is the one included in "#52" that he's discussing in the podcast.    Joe seemed perplexed by this idea that we couldn't repl
37 comments
Read more

U nless you've been living under a "rock" in the world of nutrition, you're aware that Stephan Guyenet "debated" Gary Taubes on the Joe Rogan Experience podcast. It took me several days broken up to watch/listen to the whole thing. In a nutshell, it was Science & Substance (Stephan Guyenet) versus Stories & Slander (Gary Taubes). Rather than summarize, there were several points made that I'd like to address. In no particular order. I'll include this intro with links to prior topics as this series progresses.
1 comment
Read more 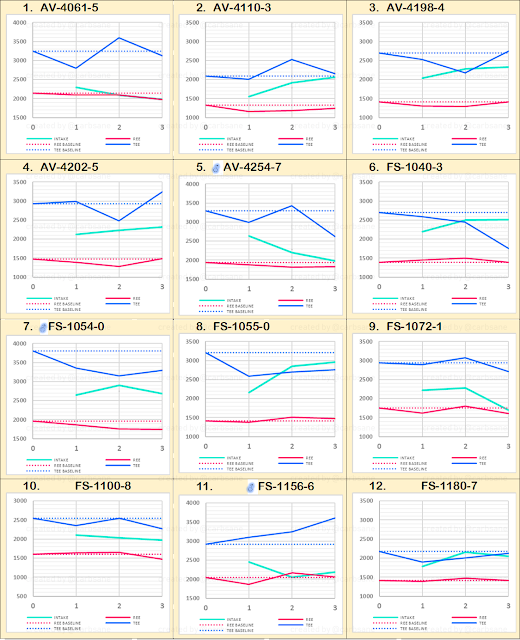 S ummary: Continuing on with discussion of:   Effects of a low carbohydrate diet on energy expenditure during weight loss maintenance: randomized trial Previous posts in this series: Part I: Critique of the Study Design Part II: $12 Million for 12% Weight Loss? Part III: Some "Early" Lessons Part IV: Insulin Resistance Does Not Hamper Weight Loss This post should perhaps have come first, but it has taken a while to look deeply at the data for the primary outcome -- total energy expenditure measured by doubly labeled water -- and related outcomes of intake and resting energy expenditure. In this study, all participants were paid to participate, AND provided free food for ~8 months.  Said food was professionally and meticulously prepped, weighed, measured, individualized to provide each subject with some pretty exact caloric level and macronutrient composition.  The test phase (in other words, the study proper) involved maintaining a consistent weight
1 comment
Read more
More posts