Actually yours truly has been busy with life and a project and my blogging has been non-existent except for the occasional random bump.  It hasn't been all that long really, but per my usual frequency it's dropped off big time.

I hope everyone here had a happy new year and I'm sure hoping that 2014 will be a better year for all.  That goes for those who had rocky 2013's and good ones alike, because there's no harm in optimism :-) 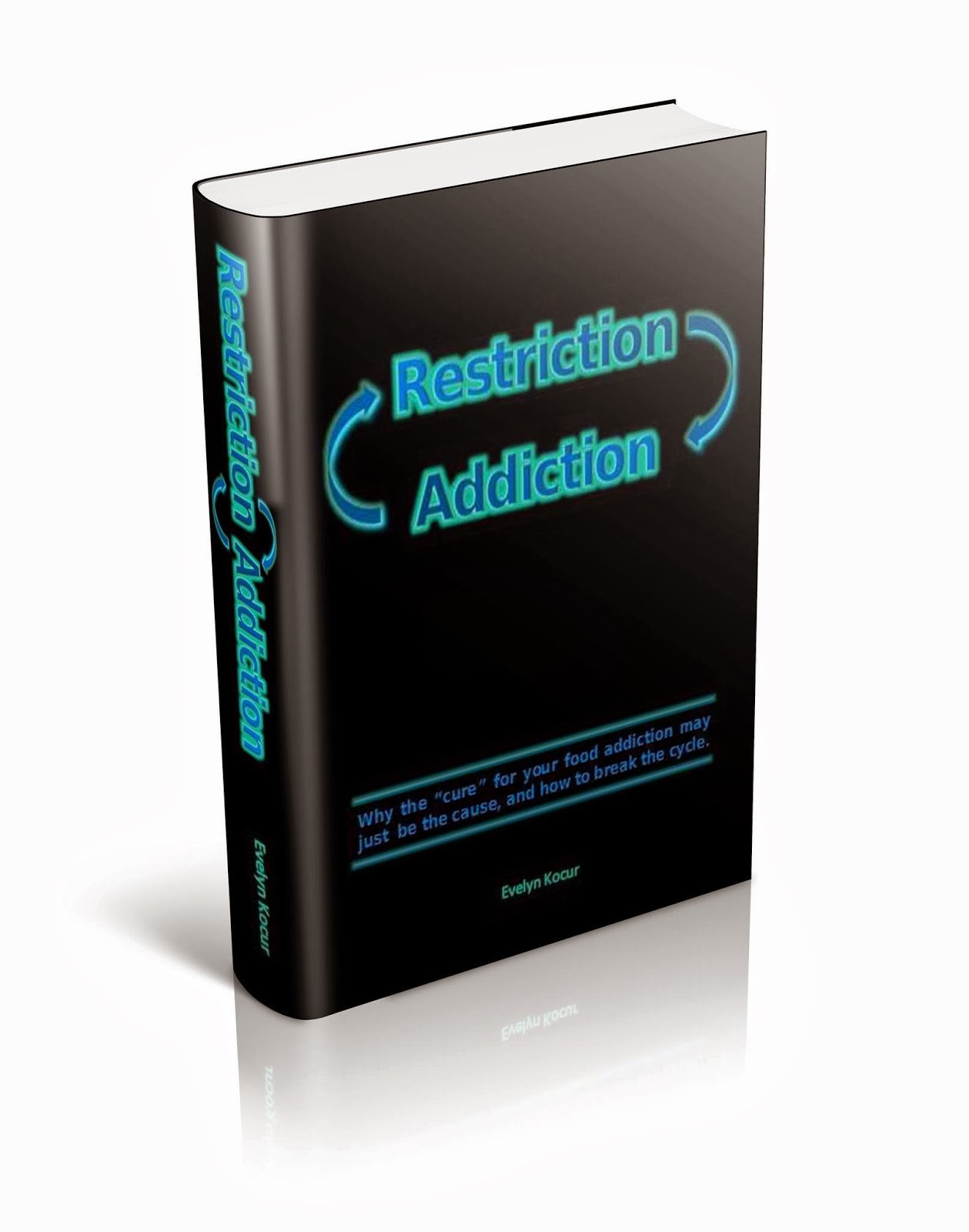 So .... What have I been up to?  Well, I wrote my first book (e-book).  It's called Restriction Addiction and it's about how food addiction is really eating disordered behavior brought on by restricting food, not by foods causing physical dependence like alcohol and some drugs.   For now it will not be released as a stand-alone product as I'm teaming up with a number of people on a project that's bound to be EPIC!  Look for more hints to be dropped soon and a formal reveal somewhere in the next couple of weeks.

I'm about two-thirds done with my next book already.  It is tentatively titled

A revolutionary manifesto about how man was meant to think with clarity on an often misunderstood topic, and the secret solution to solve all problems, and somethin' something, art and science, templatar code.

I'm thinking blackberry jam and a stick of butter on toast, delightfully displayed on a purple rimmed yellow plate, with a leopard print napkin and stone utensils will make an awesome book cover.  Sarcasm aside, I probably won't do that, but it will be a book about calories refuting the junk science that is being passed off on the topic lately.

Keep an eye out as I'm going to be launching a FREE email newsletter that will contain advance notice of what's going on, including giveaways of the upcoming book, a social media roundup, summaries of recent posts, and some exclusive newsletter only content.  I'm not sure of the frequency yet, perhaps weekly but informally so.  Yes, I'll still be blogging here with lots free information in the same way I always have.  There will be a bit more promotional clutter over there on the right as I enter a new phase with this whole part of my life.  But understand that I have NO intention of turning this into one of those network blogs/Facebook pages of circle-jerk meme-fests.  The Asylum has mostly been a hobby up until now, but it really has grown and the time has come to make a go at this as a business.  I hope y'all will wish me luck!

Do I detect a hint of Matt Stone influence in this new book/newsletter/giveways direction?

So once the book is published, and if people read it and it helps them, then you would be officially helping people in the eyes of the law! Just think of the immunity you will have to any sort of criticism ;)

Are you going to be updating the website for this next leg of the journey?

carbsane said…
LOL ... yes I'm getting fitted for my Goodguy badge as we speak ;-)


On the website, I may just bite and move to WP with some auto forwarding but not migrating old content. I'll see. Really should have just bitten the bullet and moved a long time ago :(


No I'm not going in the Matt Stone direction. It seems he has turned his blog/website into a newsletter which I have no intention of doing. It's my understanding that he has moved all his books to Amazon or something like that hence the clearance sale and periodic giveaways. My giveaways will be far more boring -- free books for random subscribers in PDF ;-) My newsletter is more to start that all important email list.
January 7, 2014 at 8:17 AM

I automatically began thinking how the usual suspects, the various types of naysayers will respond.

the ones who will attack you as a hater and ignore the real need being met.

the ones who will read a couple of paragraphs that agree with their own BS and stop reading and become raving fans without knowing what's really there in its entirety. Christmas will be stolen from them eventually.

hopefully there will be some who are interested in real dialog.
January 8, 2014 at 7:49 AM

Kade Storm A.K.A. Hedonist said…
All the very best with the book!

About blogging. Well, I favour your idea of starting a new continuation blog on WP while leaving very accessible links to this blog for those wishing to visit the older stuff. I support this primarily because migration and systemic changes of that sort can really screw up the flow of older comments and discussions, which in themselves can be excellent stuff.
January 9, 2014 at 10:09 AM