Banting and Keysing ~ Proposals for the IHC Lexicon 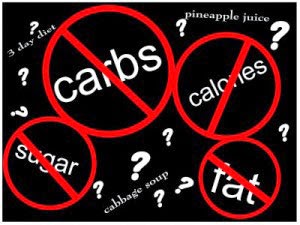 As I have been trying to wrap my head around the abomination that is The Big Fat Surprise and the buzz/media blitz surrounding the book, it occurred to me that far too much of the conversation surrounding nutritional research involves the use of one or both of two tactics.   It struck me how this book embodies so much of what I've written about here when discussing specific nutritional research studies.

All too often, a study purporting to investigate a particular diet did not actually study that diet.  This can be through poor interpretation of the diet by the researchers, but more often through poor implementation and compliance by subjects.  This happens almost universally with seemingly no quality control over what is constitutes an acceptable diet in order to use terms like low fat, high fat, low carb, high protein, Mediterranean, paleo, etc.etc. in the title.

The other issue with nutritional studies is that they are often "cherry picked" for specific outcomes that may or may not have reached any level of statistical significance in the study.   In one interview BFS author Nina Teicholz describes this as a game of scientific telephone as well.  You recall this game.  The first child in a circle would whisper a phrase into the next child's ear ... and so on around a circle of children until the last in line would say out loud that which they had been told.  Everyone got a good laugh out of how different the initial and final phrases ended up being.   At some point a line in Study X stating "the Atkins dieters had increased HDL compared to the low fat dieters" morphs into "cutting dietary fat depletes the brain of cholesterol and gives you Alzheimer's, see Study X".

So I am going to propose two new words for the Incestral Health Community to describe these phenomena.

Have you heard the story? A corpulent undertaker forever revolutionized the treatment of obesity in the 19th Century. He did this by giving up his non-indulgent diet of "simple aliments" such as "bread, milk, butter, beer, sugar, and potatoes" which he consumed in larger quantities than his "aged nature required".

Instead William Banting consumed meat except for pork ("for its fattening character") and fish except for salmon and related items like eel and herring ("owing to their oily nature"), dry toast and wine or sherry.  Lots of wine or sherry.    You can click on the graphic to enlarge, his macros worked out to be 20-23% each of carbohydrate, protein and fat, with the remainder at 35% alcohol.

In 2014, Professor Tim Noakes released a book extolling the virtues of a low carb diet.  As he tells it, he prefers to call it "banting" bringing back the homage to the undertaker for his monumental undertaking.  I'm told that they use banting as a synonym for "diet" because of his amazing cure for his obesity.

Banting [ban-ting]:  The act of applying an inappropriate label to describe the diet that was either prescribed or consumed by subjects in a nutritional study.

As you may or may not have heard, Ancel BENJAMIN Keys is the devil and a very very bad man.  As the story goes, Satan himself came to Keys in a dream and implanted into his psyche this notion that dietary saturated fat causes heart disease.  When he awoke, Keys drew a graph.  He pointed to it.  The rest is history ... as thousands of scientists, politicians, journalists and everyone else not employed as a "mainstream-bucking groundbreaking science journalist" were all fooled by his arrogant charisma.   All and sundry negatives are attributed to the man and but one of his scientific studies.  A singular study now lives on in infamy because the high fat movement has steadily worked at repeating a lie often enough for it to become the truth in most minds:  The low fat dietary advice is based on a skewed study of cherry picked countries by an aggressive nutritional idealogue.  I am, of course, speaking of Ancel Keys' Seven Countries Study.

Keysing [kee-zing]:  To misrepresent the nature or outcome of a study repeatedly so as to ingrain the misinterpretation as fact.

Probably a little more than just silly, but silliness is a preferred response to the feelings that Teicholz inspires with her book ....  For the record I could give several examples of the first three, from Teicholz and countless sources in the IHC.  I have yet to come across a case of obvious Keysifying other than the original.  Have you?

Oh ... and the "I" in IHC* is going strong!  Indeed Big Fat Surprise could almost be retitled "The Same Old Atkins at a Westman Price Foundation" ... ;-)

MacSmiley said…
Got a word for providing lots of indoctrination support for participants of the preferred diet and none or little for the less favored dieters?
May 27, 2014 at 4:03 PM

Karin said…
"Satan himself came to Keys in a dream..."