- May 26, 2015
In 1985, S. Boyd Eaton and Melvin J. Konner wrote a seminal paper, in the New England Journal of Medicine, that would "start it all" for the modern paleo diet:  Paleolithic Nutrition: A Consideration of its Nature and Current Implications.  Also that year, they would publish, along with Konner's late wife Marjorie Shostak, The Paleolithic Prescription.  [Some links:  Links to full texts of many paleo papers are here, I discussed the book here.]   Unfortunately the PDF is not digitized so I can't quote here, so I've simply screenshot the introduction below.  If you need to enlarge to read, click on the image and do your thing with the browser! 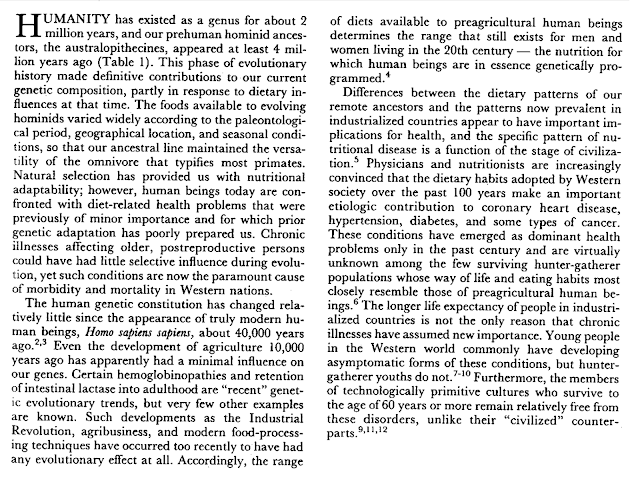 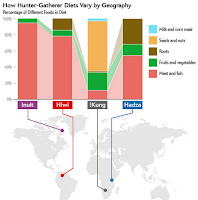 Blogger said…
Having Problems FOLLOWING with the Paleo Diet?

Blogger said…
Using EasyHits4U you can earn free advertising credits by viewing other ads from a account base of over 1.2 million accounts. Earn credits faster with a view for view model.
September 12, 2017 at 2:06 AM

Anonymous said…
The Paleo diet weight loss weight loss is definitely a huge lifestyle change from what I've experienced growing up. Using this plan has given me great feedback.
September 14, 2017 at 5:01 AM