Put Away the Cauliflower! Oatmeal is Paleo!! 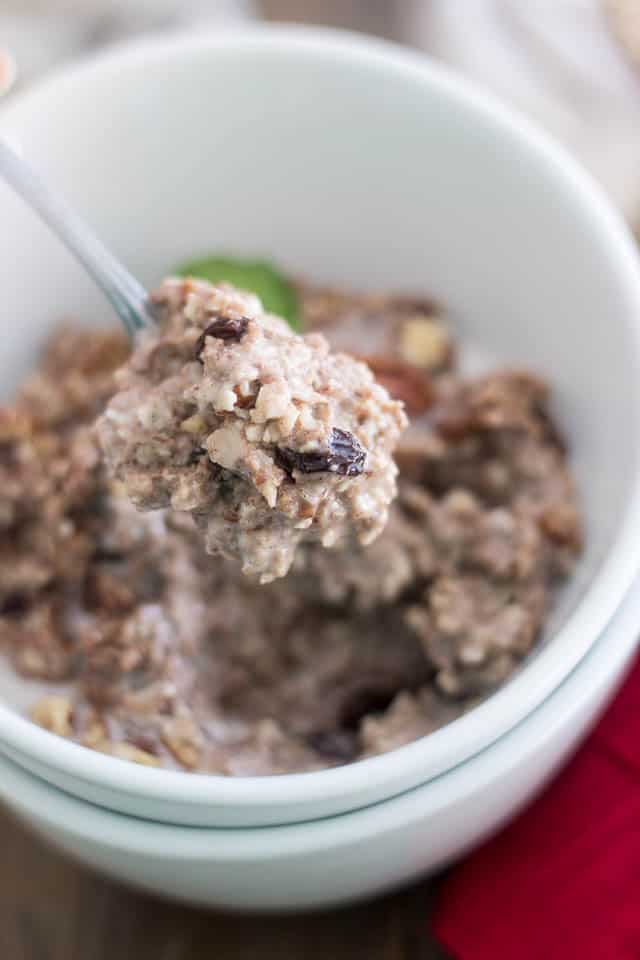 Forget the fauxtmeal and n'oatmeal.  For crying out loud, if you like cauliflower (as I do) then eat it ... but it is just NOT a breakfast "cereal".

With this ridiculousness in mind, embrace the latest news from serious anthropological research.

Of course, 32,000 years is by no means the earliest evidence of grain consumption by humans, and indeed this dip back into the paleolithic is considerably longer in the 100,000 year old evidence of sorghum grains on grinding tools in Mozambique.  This is not *new* evidence even to the paleo types, as I discussed in this post:  H-G Food Procurement Strategies.  It's even in Paul Jaminet's book!  To recap, starch granules, predominantly from sorghum (a corn-stalk like grain indigenous to the continent of Africa) were found on grinding stones in caves that date to roughly 90,000 years back into the paleolithic.  Folks have dismissed plant evidence in areas thought to be human dwellings as being used for bedding or fire building, but it is difficult to make a case for grinding that reconciles with these applications.  Jaminet acknowledges that eating of these "toxic" foods may have occurred, but downplays this with the laughable:

Grains and legumes were eaten seasonally, not stored for year-round consumption. Nor were they eaten in quantity even when in season: since grains require laborious processing and cooking, they may have been backup or “starvation” foods.

Pure unadulterated speculation and nonsense.  Of course we all know that grains and legumes are highly perishable and virtually impossible to store, as opposed to meat and leafy greens I suppose.  Also, processing is very labor intensive, as opposed to producing the wonderful coconut products that permeate paleo diet CULTure.   But I digress ...

But the major facet of this current find is not so much the finding of grain/starch on grinding tools, as it this (from NPR):

Most intriguing, many of the starch grains were swollen and partly gelatinized, which is consistent with them being heated before grinding.

Presence of heated starch on prep tools is pretty much a slam dunk.  I haven't checked if Health PhD Loren Cordain has weighed in yet, but there's another interesting quote in the NPR piece.

There are other possible explanations for why the grains show signs of heating, notes John Speth, a professor emeritus of anthropology at the University of Michigan, who was not involved in the research.

For instance, he says the stone might have been used as a pestle and grinder at one point, and later used as a type of hot coal, with grain residues still attached. He points to evidence that other paleolithic people boiled water by first heating rocks in a fire, then throwing the stones in the liquid.

But he agrees that the grains were heated as part of processing for consumption, and that this marks a key step in the evolution of human foodways in Europe.

John Speth has co-authored at least one seminal "paleo paper" with Cordain:  Plant-animal subsistence ratios and macronutrient energy estimations in worldwide hunter-gatherer diets {other authors of note are Jenny Brand Miller of glycemic index fame, and Susanne Holt of satiety index fame}.  Cordain has referred to Speth -- an actual anthropologist -- as a colleague ... cough ... choke ... check out that resume link above ... Cordain been misrepresentin' for decades now.  Not good.

Meanwhile, Speth is the author of the following rather interesting article:  Energy Source, Protein Metabolism, and Hunter-Gatherer Subsistence Strategies  in which you will find the following in the abstract:

The relative benefits of adding fat or carbohydrate to a diet of lean meat are evaluated in light of the protein-sparing capacities of these two nutrients. Experimental data indicate that although both enhance high-protein, low-energy diets, carbohydrate is a more effective supplement than fat.   Given the nutritional inadequacies of a lean-meat diet, the paper concludes with a discussion of alternative subsistence strategies that increase the availability of carbohydrate or fat at the critical time of year.

Have a read.   I don't think it is a casual thing that Speth leans towards cooking of the grain as a possibility here.  Or, of course, the paleos could try to discredit him .....

I'll leave you with this hilarity! 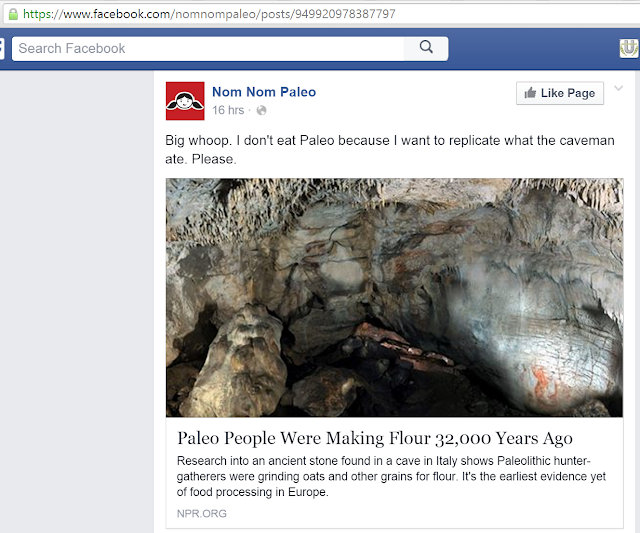 Oh of course it's not about that!  I'd LOL if this weren't such a pathetic money grubbing exercise at this point.
Ancestral Diets Chris Kresser Paleo Code Grains Paleo f(x) Paleo/Primal Perfect Health Diet - Paul Jaminet