It appears that Tom Naughton is making the podcast rounds promoting his new nutrition book for kids.  PLEASE, leave the kids out of it!  That goes for the zealots of all extreme camps including vegans and paleo and WAPF and whatever other diet cult imaginable.   Do not indoctrinate children into your eating disordered behaviors.

There are rare instances where ketogenic diets are therapeutic in children, and most of them -- epilepsy -- stay on the diet for the shortest time possible where therapeutic efficacy is achieved, and then wean from the diet.

You absolutely cannot make a case for children traditionally being raised on any sort of low carbohydrate diet, not even Zone/Ludwig/Hymanesque 40% levels.  In virtually every culture, the children of both genders consume a diet similar to their mother's ... the gardeners and gatherers.  Children of Tom's generation were raised on mixed diets that included processed foods.  Obesity existed but was not common.  Besides, cup-holders in cars are CLEARLY the cause of the obesity epidemic :-) [< /snarkasm> inside Asylum joke if you haven't read through any of my mega comments sections! ] 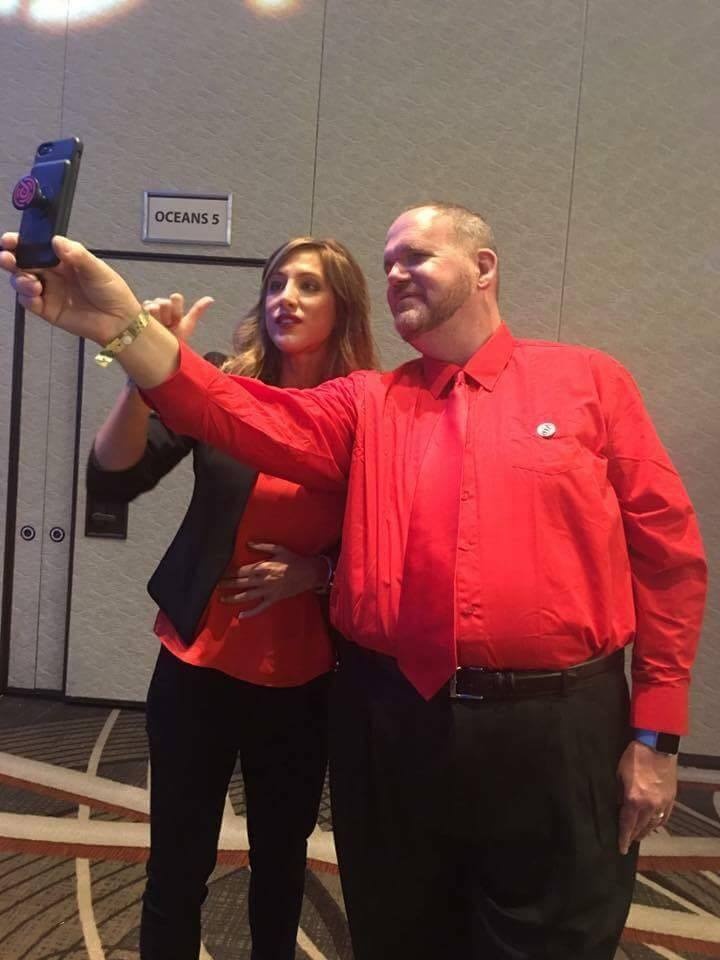 Now Naughton of course went on his friend Jimmy Moore's Livin la Vida Low Carb podcast.  Yawn.  Comments on his blog for that appearance were simply mind boggling.  Here is Jimmy Moore at a recent Ketokademy "performance".  I've been outspoken for years about this man's fraudulent "health blogging" and podcasting career.  At this point any ADULT who goes to him for advice gets what they deserve.  Any medical professional who affiliates with him -- including but not limited to Drs. Westman, Nally and Fung -- should be rightly criticized and exposed.  All others who affiliate with him, be it going on his podcast to sell their latest book/product/etc., inviting (and paying?!) him to speak at conferences, sharing the speaker stage with him, are simply compromised by doing so.  Shame on all of them.

Fat Head plans to (re-) educate children with his (non-) truths.  I can only hope his girls don't develop eating disorders or other issues from his including them in his nutritional hijinx.  Leave the kids out of it.  Herein is the crux of my issue with FatHead


In the book, we mention a study in which obese people were locked in a hospital and fed 600 calories per day. They didn’t lose weight. The researchers referred to them as “the resistant obese” and admitted they seemed to be “thermodynamic pa radoxes.” In other words, it didn’t seem possible their very large bodies could slow down to the point of burning no more than 600 calories per day, and yet somehow they did.

When I interviewed Dr. Robert Lustig for the film, he mentioned a study in which obese kids were locked in a hospital for a month and fed 500 calories per day. They GAINED weight during that month — on 500 calories per day. I don’t see how any sane person could say they just needed to eat less because, you know, it’s all about calories in vs. calories out. Thermodynamics, doncha know.

I want to see LINKS to these studies.  For starters, it would likely never pass an ethics committee to put children on 500 cal/day for a month.  Lustig claimed ethics issues as to why his 9 day NAFLD study didn't include a control group!

But THAT is how absurd on its face Lustig's fairy tale is.  You'd have to be an idiot to buy that Tom.  How does any sane person NOT question the veracity of a habitual twister of the truth such as Lustig?  Since it's a kids book and he merely interviews Lustig, I'm betting there are no trackable citations. 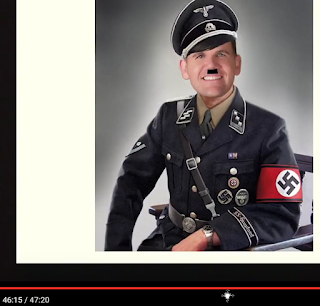 As everyone knows, there were droves of victims emerging from Nazi concentration camps weighing more than when they entered.


Challenge:  Show me the studies.

Also, on Amazon this book has editorial reviews from such "experts" as Mark Sisson, Robb Wolf and Paul Jaminet.  Enough.   Leave the kids alone.

Fat Head defends Jimmy's using genetics and his abject failure to maintain any sort of sane weight loss.  His problem is perhaps partly genetic, but this photo of the Moore men illustrates how he more resembles his Dad than even his full-blooded brother.   He didn't get fat because his Mom fed him low fat hamburger helper and plain brown rice cakes. 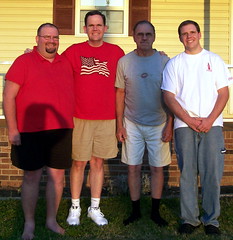 Naughton claims to have no idea how much he's gained, yet he's sure he's kept WAAAY more off.  Umm, nope.  And here's Jimmy looking positively svelte in 2016! 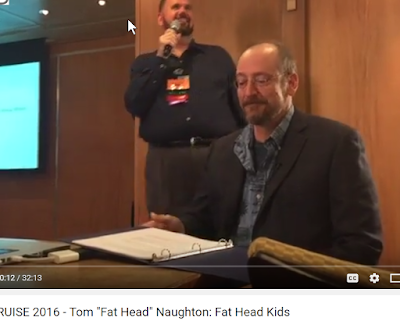 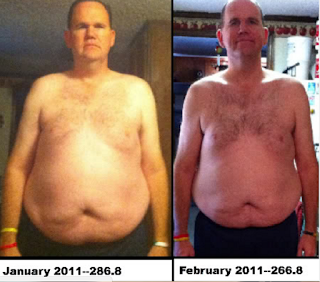 Don't give me any fat shaming shiz.  There's no loose skin here, and he's around 100 lbs over that picture at right.

Fasting?  That is the exact wrong thing for a person with Jimmy's eating disorder to be doing.  Proof is in his results since first long fast in Oct. 2015.  I'd feel badly for him if he wasn't such a pathetic, dangerous, lying charlatan.

Oh, and even at 220 lbs, Jimmy was packing fat, not loose skin.  He put those pictures out there.  Nobody else.

One last one (2012).  No comment other than to say that Heidi Diaz (aka Kimkins) seems far less a fraud in context of Mr. Jimmy Moore. 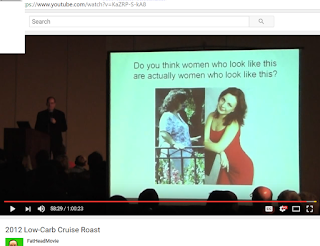 He has been at this "metabolic damage" thing for going on a decade now.  When he's losing weight he's not above marketing an profitieerng off of that.  Well then, his current weight and inability to maintain any sort of healthful normal weight is relevant.  Go away Mr. Moore.  Find another way to support you and your wife that doesn't involve spreading dangerous advice and your incessant lies.
Posted by CarbSane at 4:13 PM

New Diet Taps into Pioneering Concept to Help Dieters Get Rid Of 12-23 Pounds within Only 21 Days!