Let me preface this post by saying I'm a bit time constrained, and computer issues have made my life miserable these past few days.   However a new article from the PURE study was recently published in Lancet, and I wish to add some limited commentary to the mix.

First things first, the links:
Secondly, I've tweeted these links out.  Commentary by others:
And now for my favorite headline! 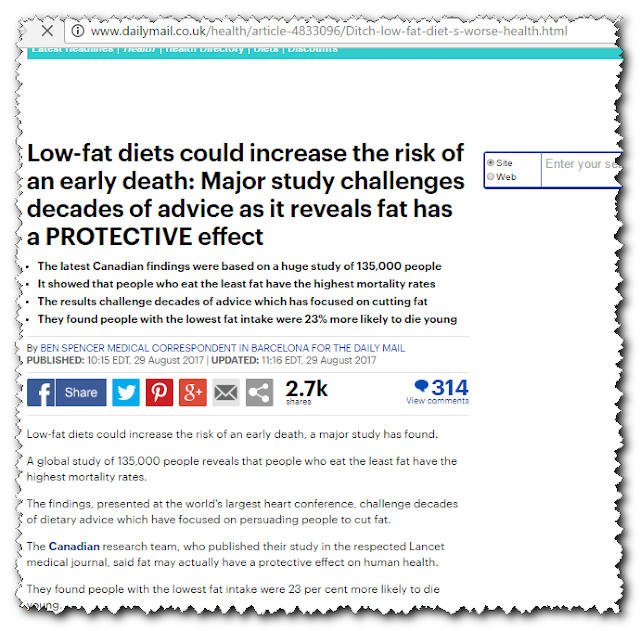 I'm going to limit my commentary to three topics:
I bolded the last one because it is ultimately the most important.

From the 2009 announcement of the PURE study, I bring you an annotated map of the countries included.

The distribution of these countries alone is enough to dismiss this study. Surely they could have engaged such committed low budget investigators in more stable countries in Africa than Zimbabwe?  In the Middle East the occupied Palestinian territory seems perfect, eh?  Did Dr. Shai turn them down in Israel, or is her team too expensive?

We get little in the way of itemized un-"massaged" data on a per country basis.  What we get is rather itemized as:  China, S. Asia, Europe/North America, South America, Middle East, SE Asia and Africa.   Come on!!!
Bottom Line:  There is no attempt to right any "wrongs" of past epidemiological studies here in terms of the selection of countries.

The "tell" here is in the aftermath.  It's ALL about these supposedly wrong and deadly dietary guidelines that were initiated by the United States.   A country not included in the study, because I guess it's too expensive to find motivated idealoguenvestigators willing to work on the cheap.  Forgive me if I'm not going to change a thing based on these lackluster results.

We've got Salim Yusuf of fame for this speech 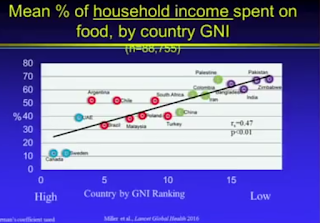 Another co-author will be at Low Carb Breckenridge 2018.  Make no mistake about it, these conferences are revenue generators pure and simple.  Not serious medical conferences. 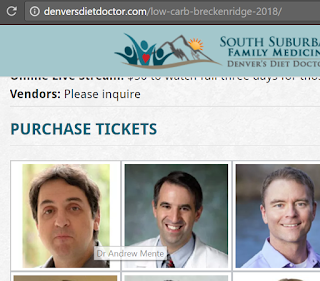 "For the current analysis, we included all outcome events known to us until March 31, 2017. 148723 participants completed the FFQ, of which 143934 participants had plausible energy intake (500–5000 kcal per day)  and had no missing values on age and sex [4789 had non-plausible energy intake or missing values]. We excluded 1230 participants (0·8% of the cohort) because follow-up information was not available and 7369 participants with a history of cardiovascular disease (5·0% of the cohort). The remaining 135335 individuals were included in this analysis (appendix p 19)."

So.  Here we have a study on mortality, and CVD mortality specifically.  Can we agree that mortality generally correlates with age, and that nutrition-related mortality due to chronic disease does so especially?  The participants ranged in age from 35 to 70 at baseline.  I can understand if this was a study following 35-40 year olds into their 50s or beyond.  But this was not such a study.

Keep in mind:  they didn't exclude anyone with any other existing disease.  How about HIV status in Zimbabwe?  Was that assessed/documented?  We're talking almost 15% adult infection rate ....

In the remaining ~135,000 participants,  they documented:

How might THOSE numbers have changed if they had NOT excluded 7369 people with existing heart disease?   Perhaps *THIS* is why no associations with CVD mortality were observed for any macronutrient?

Yes.  This study is PURE rubbish.

Blogger said…
Submit your blog or website now for listing in Google and over 300 other search engines!