This post was prompted by yet another discussion on Facebook involving cravings and hunger and the supposed magic of keto/LC in fixing this aspect.   As the thought process goes:  it's not about calories (even if they count), it's about how the food impacts us that causes us to eat too much (or just enough).   A hat-tip to Melanie (Mac Smiley) who sent me this study almost three years ago!


One of the problems with Dietary Interventions is that the "gold standard" Randomized Controlled Trial is often missing the extra level of blinding.  In pharmaceutical research, the single-blind (subject doesn't know group assignment) or double-blind (neither subject nor investigator knows group assignment) RCT is a highly effective experimental design to both (a) control for potential confounders, and (b) eliminate the placebo effect.  There are limitations to "a" (not a topic for today), but when all you're doing is giving a pill, injection or somesuch, blinding can do a pretty good job of teasing out the mind games.

In SO many ways, any dietary intervention is infinitely more difficult than taking a pill.  Maybe I can write a post expanding on all of these ways, but for now, let's focus on the "mind games".  If you THINK something is going to do XYZ to you, you're likely to perceive all those things happening whether or not they do, and responding accordingly.  With diet, it's virtually impossible to blind, in most cases the success of the study involves education on program implementation that is the exact opposite of blinding!

On a personal level, I remain curious as to how much of my eating disorder had a physiological basis, and how much was some self-fulfilling prophecy cycle of mind games.  I suspect it was some combination thereof.  But as such I am still always most compelled by studies like this one, that show just how much our minds factor into our body's response to food.  For me, debunking, or perhaps defusing, the bases for self fulfilling processes has been an invaluable tool for eliminating mind games.

Participants were scheduled for two, 2.5-hr sessions at the Yale Clinical Research Center Hospital Research Unit (HRU). These sessions were exactly 1 week apart, either at 8:00 a.m. or 8:20 a.m. after an overnight fast. At the first session, participants were told that the metabolic kitchen at the Yale Center for Clinical Investigation was working on designing two different milkshakes with different nutrient contents and that they would taste one milkshake in the first week and another milkshake the following week.

They were told that the goal of the study was to evaluate whether the milkshakes tasted similar and to examine the body’s reaction to the different nutrients (high vs. low fat, high vs. low sugar, etc.).

Unknown to the participants, the contents of the two milkshakes were identical.

The labels are below: 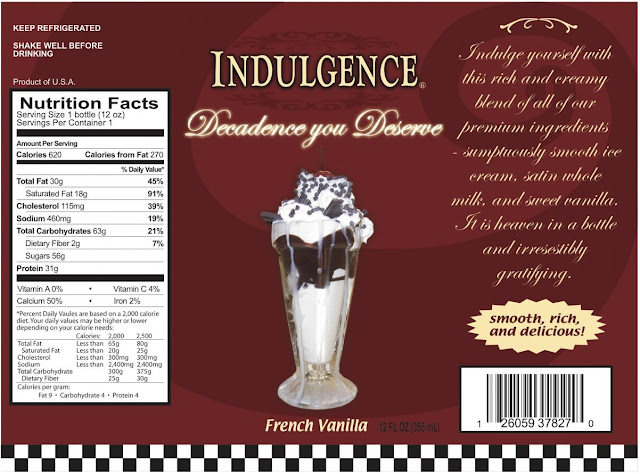 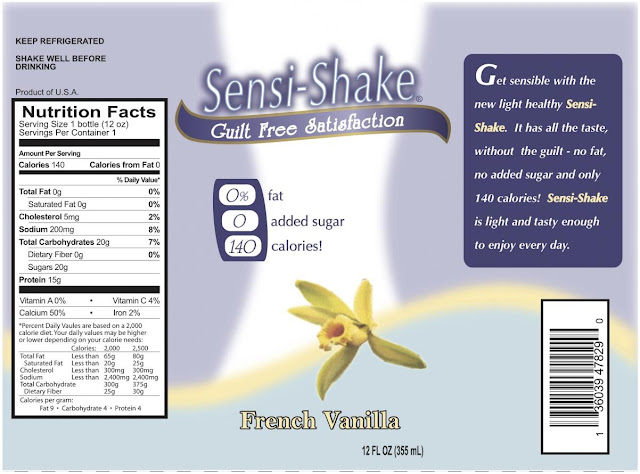 Alrighty then ... I'm going to skip to the punch line.

Ghrelin is a multifaceted gut hormone which activates its receptor, growth hormone secretagogue receptor (GHS-R). Ghrelin's hallmark functions are its stimulatory effects on food intake, fat deposition and growth hormone release. Ghrelin is famously known as the “hunger hormone”. However, ample literature indicates that the functions of ghrelin go well beyond its role as an orexigenic signal. 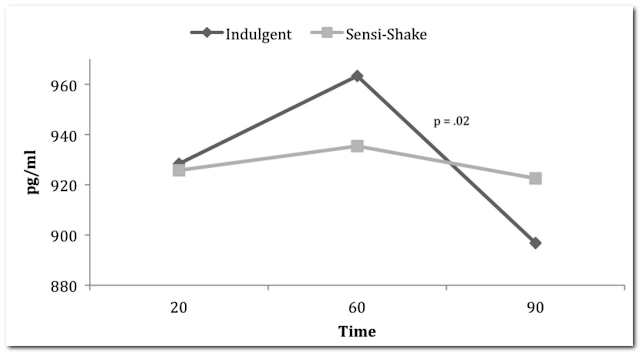 
These sorts of results fascinate me when all of these hormonal responses to various diets and meals and such are tested.  Which hormones, and in what ways, are influenced by our thoughts surrounding foods?

These sorts of results also give us (or should) pause regarding just how far to generalize and/or extrapolate the hormonal responses in various experiments ... and looking to eat to "fix", "balance" or otherwise alter one's hormonal milieu.