Showing posts from November, 2016
Show all

Are the Super-Obese the Ones Who Are Metabolically Adapted?

Introduction The current theme of metabolic research seems to have settled on physiological changes, post-weight-loss in the obese, that set the person up for almost assured failure and regain.  It has been reported that the super-obese (usually a term for BMI>40) tend to have REEs that are higher than would be predicted by standard, generally accepted models such as Harris-Benedict or Mifflin-St.Jeor.  This is both what was seen in the Biggest Losers "before" weight loss, and was reported in comments on this blog by Dr. Yoni Freedhoff, who measures REE in the obese he treats.   In order for a super-obese person to fully reverse their obesity, they will need to lose large amounts of weight -- 100, 200 or more pounds.   To do so, most will need to dramatically cut calories to lose at a rate that is motivating enough to sustain a fairly lengthy time period.  Even "fast" weight loss, reported by many, and especially gastric bypass patients, occurs over sev
1 comment
Read more I am ( STILL ) working on a comprehensive post addressing "The Biggest Loser Regain" study and fallout.  But as I was going along the way, I'm finding some gems that really just need posts of their own.  This is one of them.  I'm also going to do my best to clean out the draft bin for the remainder of 2016!     [If you haven't seen the previous entry referencing this topic, here is a link .  If it is some time past the publish date of this current post, this link should be active for the TBLR post.]
Post a Comment
Read more 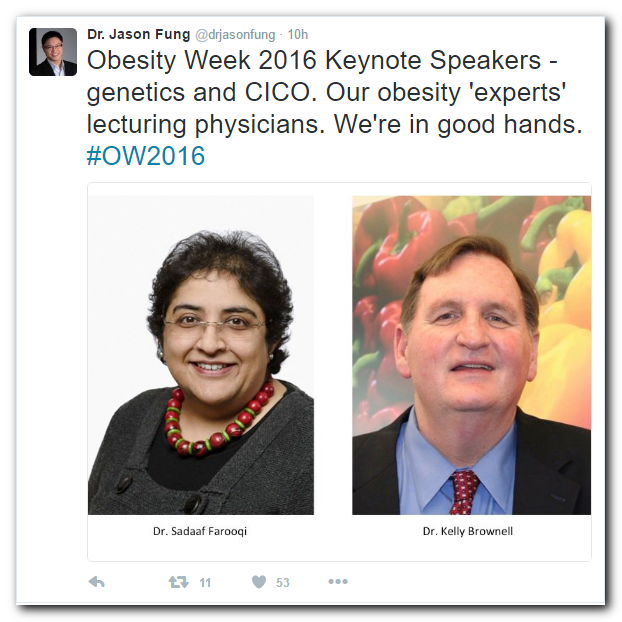