- October 14, 2011
Leptin seems a very confusing hormone to pin down.  It's still relatively new, so despite there being a ton of research already, we're still in that era of lots of conflicting research and such.   As discussed previously, I think this makes leptin ripe for serving up oversized bowls of Science Krispies.  A lot of confusion also exists as regards the relationship between leptin and insulin.  Some say they work in concert, some say leptin rules insulin, and others say insulin rules leptin.  Insulin production is distinctly different in the basal and postprandial states.  How about leptin?

Well if we believe Dr. Ron Rosedale (doing his best Joel Osteen impersonation shown at right, from over on his  Facebook page), it's leptin that rules the roost.  Rosedale posted a few advance installments of his response to the whole "safe starches" query from Jimmy Moore.  Here's one:

It appears to me that the paleo community has now been divided between a faction that backs Taubes who believes that insulin is supreme and the major cause of obesity, and a faction backed by Harris, Jaminet, Guyenet, and others who believe that insulin and glucose is less important and that leptin is more important in obesity and perhaps other diseases, and therefore eating so-called “safe starches” is OK if not even desirable. The major issue and source of confusion that I see, is that they are both half right and half wrong, but opposite halves. Taubes is right that sugars, starch, and elevated insulin are a major source of disease if not obesity that I heralded 2 decades ago, but not fully correct as to why. The Jaminet, Guyenet, Kruse, and Harris** group is right that leptin likely supersedes insulin as far as importance in obesity, diabetes, and other chronic diseases, at least in humans. However, they (not including Kruse) are quite wrong in believing that it is therefore okay to consume “safe starches” that will largely digest into glucose. Though true that leptin, more than insulin, controls fat storage and perhaps even blood glucose levels, this does not mean that raising insulin levels via glucose is unimportant. It still plays a huge role in the control of genetic expression influencing the aging and chronic disease phenotype.


However they all, including Harris, Jaminet, Guyenet, Kruse, Taubes, and even those who have written books after me about leptin***, seem to be missing a very critical and main functional point about leptin... Leptin levels and ultimately leptin resistance, and therefore chronic diseases of aging including obesity and diabetes, are determined more from spikes and elevations in glucose following meals than anything else including the amount of one's stored fat. Though elevations in glucose raising insulin may not be the major cause of obesity and fat accumulation (though still very important), the fact that glucose spikes leptin still places sugars, including glucose from so-called "safe starches" and fructose, at the centerpiece of obesity and disease.

Yes, that pink highlighted emphasis is mine. There's that word *fact* again that, when included in sentences, implies more than just an affirmative statement, but that somehow this is settled science. It stuck out at me, and it didn't seem to square with the postprandial profiles of leptin I've seen in the tens of studies I've read over the past few years that looked at leptin in one way, shape or form. So ... a quick search turns up this:

Leptin response to carbohydrate or fat meal and association with subsequent satiety and energy intake  (Romon, et.al.  1999)
In this study they fed 22 subjects (11 each men and women, healthy non-smokers, weight stable >6 months, non-obese BMI<27) either a high carb (80%) or high fat (79%) test meal, and measured various parameters over a span of 9 hours.  The test meal composition is here and included 18% protein for each and roughly 3400 kJ = ~800 cals.   After the 9 hours, the subjects were offered an ad libitum meal.  Satiety was assessed by a standard test (VAS) every hour.
Below are the 9-hour insulin and leptin profiles for the women (A&B) and the men (C&D)

They did not provide 9-hour glucose profiles, but it's not in dispute that the glucose profile would likely mirror the insulin profile for these meals. Perhaps my cataracts are interfering with my vision again, or perhaps one needs some special Rosedale colored specs to look through to see it, but I'm not seeing any leptin spiking going on. Are you?? Yes, the carbohydrate rich meal (~165g carb) did produce a delayed (4-5 hour) slight increase in leptin levels compared to the fat meal -- outcome more pronounced in women than in men -- but one could hardly call this a spike. And whatever the underlying mechanism of the phenomenon, 9 hr leptin exposure did not correlate with 9 hr glucose exposure as shown above right.
The satiety results are worth noting, as in the short term carbs outperformed fat, but over the 9 hours there was no difference between the two.  Leptin's action on appetite is one of appetite suppression so this is interesting.  I'm sure there will be a post or two in the future on this notion that all diabetics should necessarily avoid starch and/or that starch should be presumed harmful to anyone until proven otherwise.  But for now ...

It's Friday fellow inmates!!  And I'm in the mood for a little levity.   And how apropos that Joel Osteen has a  book out recently called Every Day a Friday.  (No, I'm neither a follower nor a fan, just saw him recently discussing the book on TV.)

Separated at birth??
Won't you join me in a toast to the weekend?
Now being served in the Sane-Asylum Lounge: 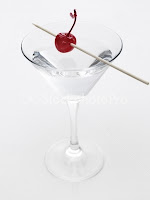 SamAbroad said…
I was recently writing up my thesis for my masters degree and thought I'd be all cutting edge and propose a mechanism for the higher incidence of gestational diabetes in boys via leptin to be all 'cutting-edge' and shit..

I researched and researched and found that the literature was all over the place, totally inconsistant and no where near as neat as some bloggers would lead you to believe. I left leptin to one inconclusive paragraph of my lit review and carried on my merry way, vowing in future not to try being such a smarty pants.
October 14, 2011 at 1:03 PM

This has been my impression of the results for leptin in nutritional/diet studies in terms of postprandial behavior. The overall metabolic action of leptin, on the other hand, is rather more well documented and consistent -- however much remains to be learned. It seems to me that leptin is more a long acting hormone somehow involved in whole-body fuel partitioning and energy homeostasis. While insulin, as I've surmised in What does insulin regulate anyway, is both short and long term acting to control circulating levels of energy substrates.
October 14, 2011 at 1:22 PM

SamAbroad said…
The inconsistency I found was in cord blood samples of mothers with and without GDM. It leans slightly toward higher leptin in women carrying girls, which didn't jive with my leptin contributes toward supression of beta-cell function thus causing worse outomes as the boys were more likely to be macrosomic. Don't give me insights now or I'll have the scientific equivalent of l'espirit de l'escalier!
October 14, 2011 at 1:29 PM

Lerner said…
Fresh off the news, I don't know if the underlying study is new or not:


In one of the biggest studies ever, scientists at Brown University analyzed more than 10,000 success stories and cracked the code.

The subjects not only lost significant amounts of weight but kept it off for years. Scientists say they did it by counting calories and fat grams, writing down and tallying everything they ate, not skipping breakfast, eating similar foods each day and stepping on the scale at least once a week.

Of course, that'll be a bad study for LCers, Taubes worshippers etc. They'll be squirming when they see it all over the boob tube today :)
October 14, 2011 at 5:35 PM

Fashiontribes Diet said…
@ Lerner Count calories?! For shame!!! Actually, the way I lost my weight & having been keeping it off has been, yes, by doing everything you just mentioned. I do Weight Watchers so it's in terms of "points" but same diff - it's caloric restriction, plus you track everything you eat, eat breakfast, and weigh every week. I also found I sort of naturally began gravitating to the same basic roster of meals, which are more and more looking like KGH's PaNu/PHD in terms of composition. And it works. Take that GT, JM, RR & Dr. Duvet.
October 14, 2011 at 9:02 PM

Galina L. said…
@ Lerner
I have an enormous respect for people who are able to track meticulously all they eat, I know I wouldn't be able to do it especially for years. It is a special gift. I remember some commenter Bright Angel on GT blog who did it. Don't remember everyone but she was difficult to forget.I cringe at the thought that weight loss may require such record-keeping and counting . It is why I eat according to what Dr.Kurt Harris recommends, but the LC version of it. The only thing I do what people did in the study is eating similar food every day. May be the avoiding variety is really important? I plan to enter myself into the National Weight Registry in April.
October 15, 2011 at 11:53 PM

CarbSane said…
@Lerner: Not really new data from the NWCR, but a new study according to Brown's website.

@Galina: I'm with you in that I could not do that but what NWCR shows is that the "failed" conventional wisdom is not so failed after all. I did LC for weight loss b/c it reduces my intake w/o counting.

Still, as FTD states, programs such as WW and even your Jenny and Nutrisystem are ways to count calories w/o "counting" and are probably included in that aspect of success.
October 16, 2011 at 7:10 AM

carbsane said…
Leptin seems to follow circadian cycles and peaks in the middle of the night. I'll try and return with a link.


Good catch on the absolute difference between genders. It would not surprise me to find women with higher levels vs. men due to greater fat mass, but it is seemingly quite substantial.
August 20, 2014 at 7:36 PM